400 metres in length. Originally constructed for railway line to Newnes oil shale works, now taken over by glow worms. Just over 30 kilometres from Lithgow or Clarence through Newnes Plateau. Excellent bushwalks through Newnes and Wollemi National Park. Good walking shoes and a torch are required for the walk through the tunnel.

The Newnes oil-shale industrial development, constructed in the early 1900s, was, for a time, a large scale operation. To service such an undertaking, it was deemed necessary to construct a standard gauge railway into the Wolgan valley to connect the works at Newnes with the nearest main railway to Sydney. The resulting railway connected with the Western Main Line at Newnes Junction, some 50 kms south of Newnes.

To get from the Newnes Plateau, past the sandstone cliffs and into the Wolgan valley proper, the railway had to be built with steep grades and sharp curves and squeeze through the narrow gorge of what is now known as Tunnel Creek.

The line opened in late 1906, while the last regular train ran in the 1930s. The line was dismantled in 1940, following the transfer of the Newnes operation to Glen Davis, north of Newnes.

The Glow Worm Tunnel is one of two now abandoned tunnels on this railway. This tunnel curves through almost 180 degrees and consequently it is very dark. In normal weather a small creek flows through it. These conditions are ideal for certain “glow worms” which inhabit the walls and roof of the tunnel. While glow worms occur in other dark, damp places in the Blue Mountains, the Glow Worm Tunnel is probably the best place for the visitor to see them. The glow worms are however, very sensitive to habitat disturbance, in particular: noise, lights, touching and smoke fumes. Wear good walking shoes and take a torch for the tunnel.

To reach the Glow Worm Tunnel from Lithgow follow Inch Street, turning left into Atkinson Street continuing to the Newnes Plateau, past interesting rock formations. Keep on the gravel road past the former afforestation camp.

Drive slowly the road is rough. Whilst driving watch out for wildlife, especially kangaroos and wombats. It is not advisable to travel this road of a night.

You can leave your car at the parking area for an easy and enjoyable 5 kms walk to the Glow Worm Tunnel along the original railway formation. Alternatively, you can drive on to the vehicle barrier and walk 1 km to the Tunnel. However, there is limited parking beyond the parking area at the Wollemi National Park boundary.

The walk from the car park along the old railway formation to the tunnel provides a cool vegetation change to the dry open landscape of the plateau. Large tree ferns and tree creepers line the route. Along the way, you pass through spectacular rock formations. The tunnel is some 400m long and the glow worms become more apparent the further away from daylight you go. Towards the middle of the tunnel, turn off your torch and allow your eyes to adjust to see the glow worms.

There are a variety of walking tracks in the area. You can continue through the Glow Worm Tunnel following the Wolgan Valley railway formation to Newnes, a distance of 11 kms. An alternative return route from Newnes is to follow the Old Coach Road and the Pagoda track back to the Glow Worm tunnel road, also 11 kms.

A shorter circular day walk is through the Glow Worm Tunnel, then along the Wolgan Valley Railway only as far as ‘The Junction’ and return via the Old Coach Road and Pagoda Track, a distance of 7.5 kms.

The tunnel and adjacent gorges are within the Wollemi National Park. 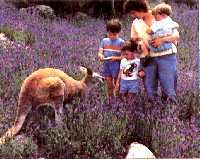 Heres some info on The River Caves Canyon ……. It was first discovered by Russel (Rus) May and John Norris in the late 1940’s (1948-1949) and they called it the “Water Tunnel”…. They approached by walking down Budgery creek which was then called Buggary Creek and Mt Buggary. John Norris also named Mt Norris near Deep Pass. They also built the Deep Pass hut. They first went to Mt Barakee by jeep in 1959………… Rus (passed away in 2010), Alan May is still alive in Lithgow today….. 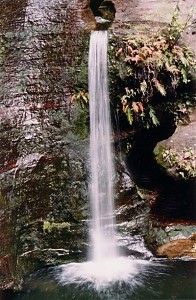 Deep Pass – Photo Copyright & Courtesy of the late Rus May 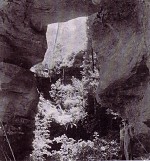 Dingo Creek – Photo courtesy of the late Rus May 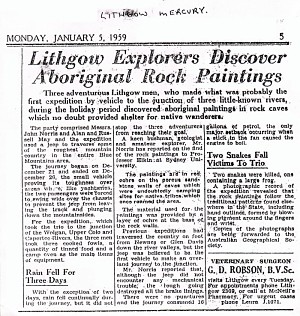 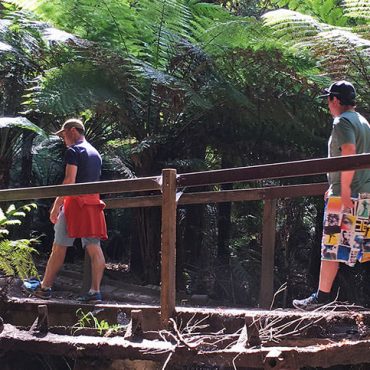 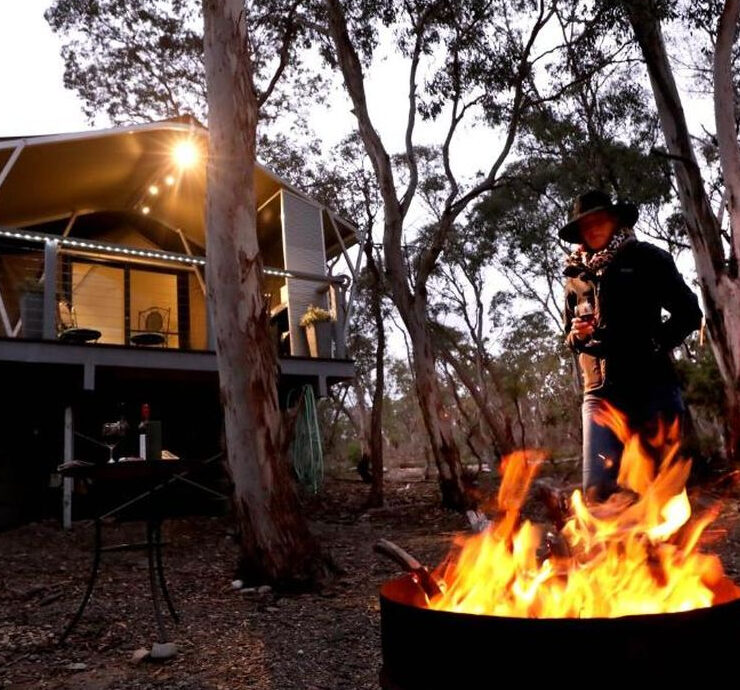 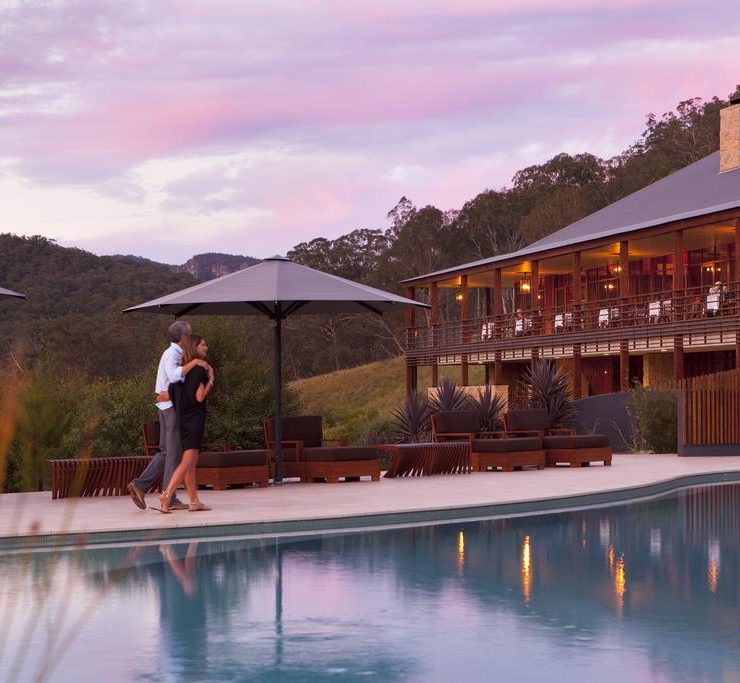