Newnes, an abandoned oil shale mining site of the Wolgan Valley. The site that was operational in the early 20th century is now partly surrounded by Wollemi National Park. The settlement was originally built by the Commonwealth Oil Corporation. Camping is available on both sides of the Wolgan River; only pit toilets are provided. Most of the camping is in the National Park, at no charge, so pets are not permitted. There is a very small amount of private land remaining in Newnes, where camping is available for a fee and pets are permitted. Information available from the former Newnes Hotel, which is open as a kiosk on most weekends. 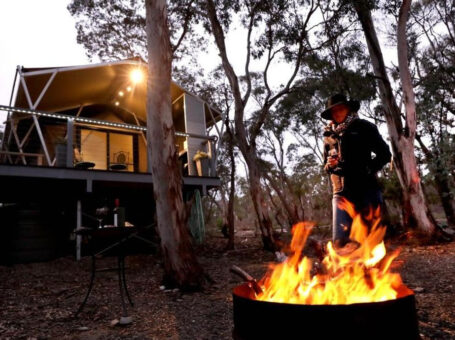 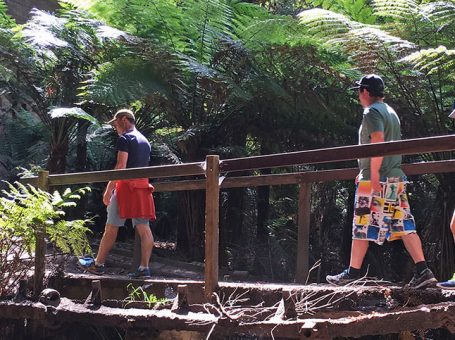